Did you all watch the 6'o clock CBS5 news today? 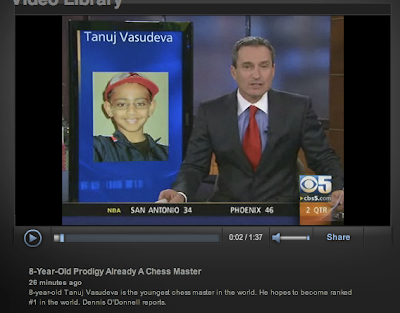 If not, check this out. If you have seen it, look at it again :)

Well here is my experience and inside version. CBS Eyewitness team of Anthony Catchatoorian, the producer and Greg with camera who usually covers football games came over to our home on Dec 1st. They just called my dad and asked what time would I be available and came with a big camera and some equipment within an hour. They even had a teeny weenie microphone that they pinned to my collar. It was actually quite cool.

Since this my first time in an interview I had no idea what to expect. They were nice and asked me simple questions about my achievements, what I study, etc. The entire session was about an hour long. I even played a blitz game for them to record me in action. The final video is 1 minute and 37 seconds. Today when Anthony sent us an email, my dad informed all the friends and family to tune in their TVs. 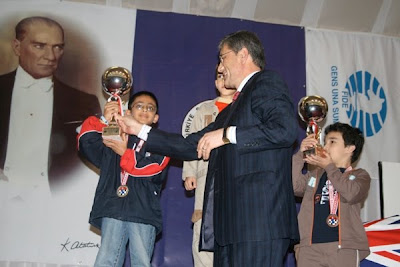 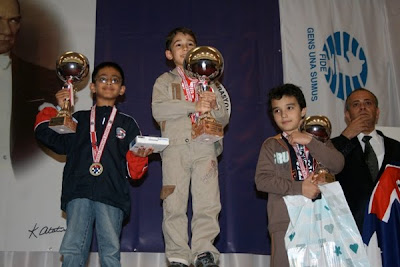 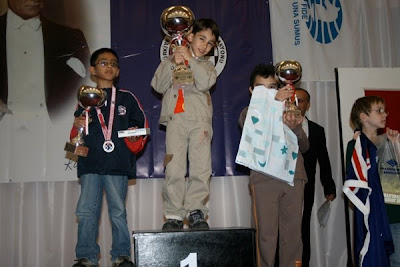 Round 10, I played with Saydaliev Saidakbar from Uzbekistan. It was a crazy game that followed a wild see-saw. In the end, I was able to get half point making up for the heartfelt loss the day before. 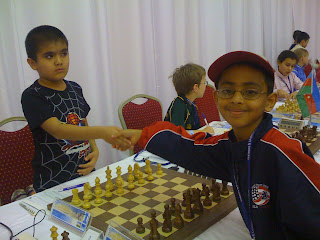 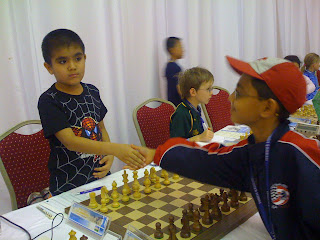 Tomorrow will be the finishing scene of this battle of the best players from all over the world with round 11. Watch it live beginning at 10am local time. 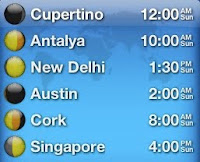 I played with Aryan Gholami from Iran. That was my fourth Iranian opponent in 9 rounds. It was a good game until I blundered and lost. I was offered draws several times during the game but I declined.
See the game here. 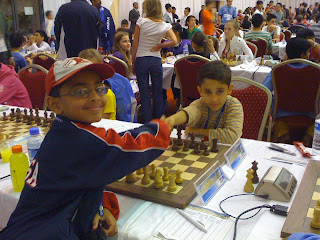 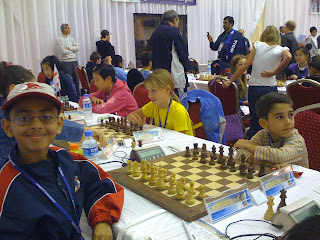 Anyway I think I have good chances with two more rounds to go. Round 10 will be available live on the official tournament website.
Posted by Tanuj Vasudeva at 4:27 AM 1 comment:

I played with Shi Yuan Zhao from China. It was a tiring day with a long game. With this win I have 7 out of 8. 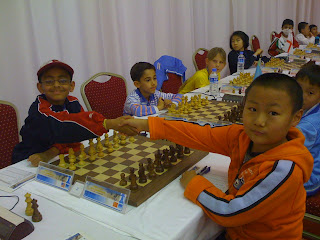 Our camera is not working so the pictures will be from our iPhone.
Watch the game 9 live tomorrow at 3pm local time. 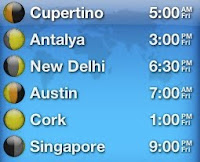 In round 7, I played with Evgenios Ioannidis from Greece. We were on board 2, it was shown live on tournament website. 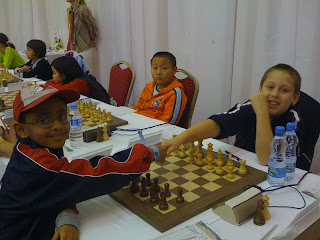 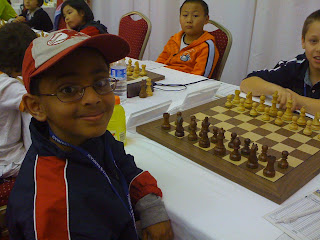 I am currently at 6 out of 7 with four more rounds to go. My next game would be shown live as well. 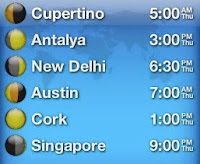 Things we did on free day

We took a trip to Antalya city for a day of fun. Samritha's dad took the initiative to arrange a small bus tour. On the trip we had parents and my fellow teammates: Samritha, Alisha, Winston, Sai (Samritha's younger brother), Annie and Alec Getz.

First we went to see waterfalls and caves. I found caves very interesting and we climbed high and deeper inside them. One of the cave was behind the water fall. Felt like a scene from Indian Jones movie. We also met Michael Brown and David Adelberg there. Michael and I were ahead of the pack in climbing to the top. Some pictures: 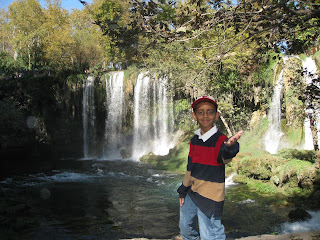 This was the biggest fall and the most beautiful 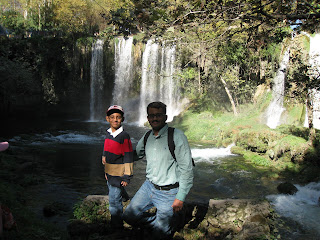 With my dad in front of the waterfall. There were other smaller falls too. 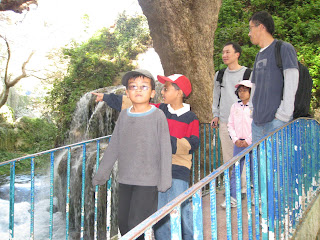 Leading my friends to the caves 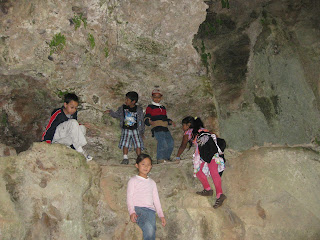 We all climbing up the caves 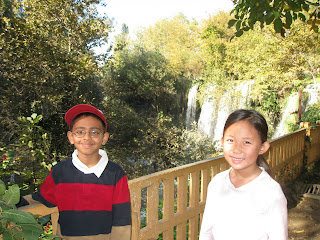 After this we all went to a small market. This market a lots of nice hand made chess sets. Winston and I played two games with local patzers and beat them handily. They were nice and gave us candies in return. 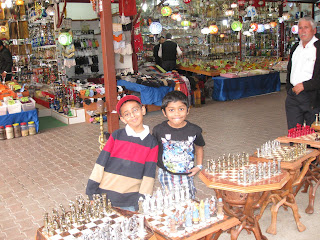 Sai, youngest of the lot but not to be left behind in any activity.

Later we went to the old Antalya city and I had a very good chicken sandwich. I saved some of that for my dinner too. 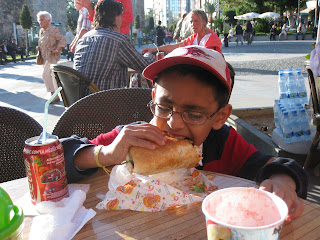 I was famished after all the climbing.

Later we saw a mosque from inside. It was nice and quiet. 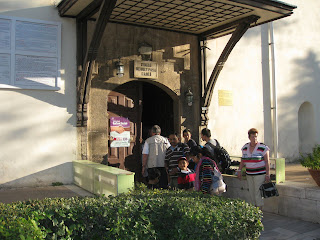 After the trip my dad and I went to the beach. Overall fun and enjoyable day.

Posted by Tanuj Vasudeva at 8:31 PM No comments:

Tanuj Vasudeva
I am an eight year old kid and love playing chess. Maths and Geography are my favorite subjects.